When I was younger, I wanted to learn to play the guitar (this was the 90’s after all). So I cracked open my piggy bank, bought a decent beginners guitar and took some lessons. I regularly bought the guitar magazines that appeared in the local newsagent and practised along to my favourite songs.

I noodled away at this hobby for a few years. I joined a local band, we even recorded a demo, but never got any gigs. I was disillusioned with my progress, sure I could memorise the fingerings and chords, but my playing style was wooden and my tone stank.

Frustrated, I decided that my beginners guitar wasn’t up to the task and again pouring over guitar magazines I invested in a better guitar, a wah pedal, and a fuzz pedal, and a new amplifier which proudly sported the ultimate in guitar fetishism — a solitary analogue tube.

Alas, I had spent my time working to earn money to buy guitars and accessories instead of practising, my tone still stank, and my style remained wooden, and so when I moved out of home, my guitar didn’t follow me. 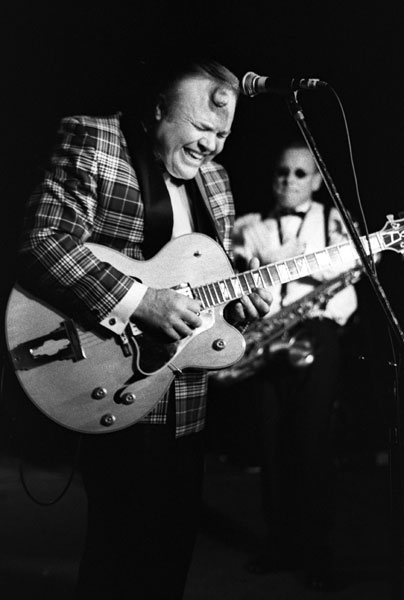 Phil Haley and is comments, circa 2002

A few years after I joined the workforce, I bought a camera on a whim.

It was early in 2000, so I suspect this was a present to myself for surviving the Y2K debacle (Dave: 1, Mayans: 0). I discovered that some of my co-workers at the time were also keen on photography and this shared interest lead to heated debates about the benefits of Nikon vs Canon, zoom lenses vs prime lenses, the right film stock, and above all the absolute sharpness of the final product.

Soon our cadre would spend hours searching eBay for bargains, or sneak out early on a Friday to ogle the new arrivals at the 2nd hand camera stores. This was the beginning of the end of 35mm film so cameras which, only a few years prior, had been priced outside our reach were suddenly flooding the market.

Pretty soon I had amassed a huge array of Nikon lenses, tripods, adapters, cables, and accessories, and at one point I owned every Nikon professional camera from the F to the F4.

To my credit I put more time into photography than I had into music and after overcoming crippling indecision by whittling my camera collection back to one body and two lenses I started to take images that I was happy with.

Instead of obsessing about the photographs I could take if I had just the right kit, I started investing that money in books and retrospectives of photographers who I admired.

This year it has become sport to characterise Go’s explicit simplicity as crudeness or condescension. To those critics I say: it is a poor craftsman who blames their tools.

Despite your hand wringing over the effrontery of Go’s designers to not include your prerequisite features, interest in Go is sky rocketing. Rather than finding new ways to hate a language for reasons that will not change, why not invest that time and join the growing number of programmers who are using the language to write real software today.

You’ll be amazed what you can get done when you stop looking over your shoulder.